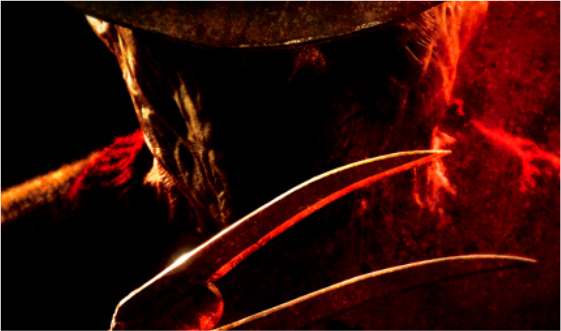 2009 is barely over and already I’m thinking ahead to what frights to 2010 could hold. By and large, I’m not especially excited about the dozens of much-hyped remakes and sequels on the horizon. And past experience tells me that some of the year’s greatest delights are still flying below my radar. But these ten projects have piqued my curiosity and as the philosophers always say, half of life is having something to look forward to.

10. Blair Witch 3
Between the 10th anniversary of The Blair Witch Project and the hoopla over Paranormal Activity, it’s no surprise that Daniel Myrick and Eduardo Sanchez have been making noises about doing their own sequel (they had nothing to do with 2000’s Book of Shadows: Blair Witch 2). And let’s face it: Their post-Blair Witch careers haven’t exactly flourished. But cynical snippiness aside, I’d love to see them do a kick-ass follow up. It’s hard to tell where this project is: It might just be talk, but then there was that casting call for a “Blair Witch Remake” to be made in Scotland by one Stacy Hopkins — who seems to have no credits whatsoever — and specifies “mostly Canadian and U.S. actors.” I love a mystery.

9. The Wolfman
It will arrive much delayed, reportedly troubled and stuck explaining in which universe it made sense to cast Benicio Del Toro as the son of 19th-century English aristocrat Anthony Hopkins — I don’t care how estranged young Larry Talbot is supposed to be. But it’s The Wolfman, and Rick Baker created the effects, which presumably means they won’t be 100 percent CGI. And it’s got Hugo Weaving as Detective Abberline (a little lagniappe for Ripper-philes), Geraldine Chaplin as the old gypsy woman and Gene Simmons providing the wolfman’s howls.

8. Piranha 3-D
Yes, this remake of the much-loved Piranha (1978) it will probably be crap. But Alexandre Aja did a pretty good job with The Hills Have Eyes, which was a better movie to begin with, and mutant killer piranhas could be a hell of a lot of fun in 3D. And the cast is… eclectic: Elisabeth Shue, Christopher Lloyd, Richard Dreyfuss and Ving Rhames, together at last.

7. Dead of Night
Director Kevin Munroe has been calling Dead of Night the first movie to feature supernatural detective Dylan Dog, of the long-running Italian comic-book series. It’s not: That was Dellamorte, Dellamore (1994) with Rupert Everett, who was the model for Dylan Dog’s Byronic good looks. And Brandon Routh (Superman Returns) in the lead? But Munroe promises
werewolves, zombies and vampires, and though it no longer takes place in London, the new setting is New Orleans. What the hell — I’m curious.

6. A Nightmare on Elm Street
There is one reason and one reason alone I’m interested in music-video director Samuel Bayer’s remake of one of the signature horror movies of the 1980s. And it’s not the shameless trailer, which features a clutch of scenes reproduced angle-for-angle from the original, along with angelic-looking girls skipping rope and chanting “one, two, Freddie’s coming for you…” I mean, why not just come out and say, ‘We know we can’t do it better, so we figured we’d just copy the other one as closely as possible.’ But Jackie Earle Haley stepping in to the role of Freddy Krueger? That I want to see.

5. Mother’s Day
The original Mother’s Day (1980), in which two inbred rednecks vie for the approval of their mother by torturing, raping and murdering girls, was one of the vilest movies I saw in Times Square during the bad old days. That’s saying something… in fact, what it’s saying is that there’s no need for a remake. But claims that it’s actually a very loose sequel are borne out by the official synopsis, which follows a nightmarish home-invasion scenario, and there’s something perversely great about casting Rebecca De Mornay as the momster. So I’m game to give it a go: I won’t even hold it against Darren Lynn Bousman that he directed Saw II, III and IV.

4. Rosencrantz and Guildenstern Are Undead
Jordan Galland’s offbeat mix of backstage comedy, Shakespeare and epic vampire conspiracy has been kicking around festivals since last year, but it finally has a release date and I’m truly curious. Especially since reading that Galland, who once appeared in a high school production of Rosencrantz and Guildenstern Are Dead, met Tom Stoppard some years later and had the nerve to bend the guy’s ear with an outline of this neat idea he had for a vampire movie. And if Stoppard really did encourage Galland, as the story goes, then he’s the coolest, critically-acclaimed playwright ever.

3. Area 51
This is where we find out whether or not Paranormal Activity‘s Oren Peli is a one-hit wunderkinder. The low-budget Area 51 — low-budget by “real” movie standards, which means $5 million rather than the $15,000 Peli spent on his debut — uses the same found-footage conceit as Paranormal Activity and involves three teenagers who go poking around Nevada’s Nellis Air Force Base. What’s betting they wish they hadn’t? I’m there.

2. Vanishing on 7th Street
I love Brad Anderson (The Machinist, Session 9): The guy knows creepy. So I’d be up for this even if I didn’t know one little thing about it. The fact that the screenplay sounds a little Twilight Zone-ish — after a mysterious blackout swallows up almost every one in a small city, five strangers band together and try to figure out what happened — it’s not a sequel or a remake. And the cast includes John Leguizamo and Thandie Newton… and Hayden Christensen. Two out of three isn’t bad.

1. Jekyll and Mr. Hyde
Abel Ferrara (Bad Lieutenant, Ms. 45) is an uneven filmmaker, but when he’s hot, he’s smokin’. And he had stones of steel: Who else would have the nerve to cast Forest Whitaker and 50 Cent as good Dr. Jekyll and bad Mr. Hyde? I’m probably setting myself up for disappointment on an epic scale, and the longer The Gun (currently shooting with 50 Cent in Michigan) drags on, the less likely it is that Ferrara will even be able to turn Jekyll and Hyde around for 2010 release. But I’d rather wait for it than for
Nicolas Winding Refn’s version: I love Refn’s Pusher trilogy, but Keanu Reeves just doesn’t have the chops for Jekyll or Hyde.

What movies are you waiting for?