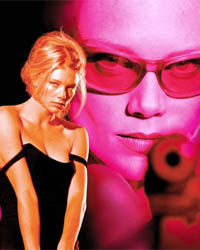 • The Fanboy Wife blogger has a hysterical post up about the frankly bizarre female anatomy on display in DC’s Blackest Night comics.

• Mad Max 4 will be a direct sequel to Beyond Thunderdome, but Mel Gibson won’t appear.

• Zachary Quinto says he’s done with Star Trek for the next couple of years… then immediately clarifies he didn’t mean it.

• SciFi Wire lists fifteen weird roles Lost’s actors did before they were lost. Evangeline Lilly… in a phone sex ad? What’s the number!?

• Philip K. Dick’s estate has gone from being barely represented to being represented by the biggest agents around.

• This is strange: Marvel says the Thor movie will be more scifi than fantasy.