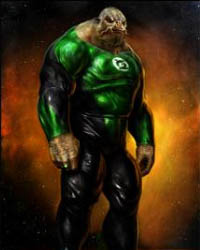 • After all the 3D frenzy, it was only a matter of time before Warner Bros. announced that the penultimate Harry Potter movie will grow a dimension.

• Slashfilm says that Avatar 2 is already in pre-production. A billion dollar gross and Cameron’s own claims that it will be a trilogy epic makes that a ‘no duh’ prediction for me.

• The Avengers movie may have The Incredible Hulk as a team member or villain, but it probably won’t have Ed Norton as Bruce Banner.

• An age old question, finally settled: Who would win in a showdown between Captain Kirk and Jean-Luc Picard?

• The BUF shows a new glimpse of a cut scene from Avatar.

• In a strange little scheduling twist, the famous post-apocalyptic classic A Boy and His Dog will be airing in Los Angeles right after a Christian documentary about the Rapture. I think this is neat.