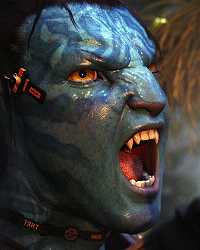 • Rumors had this pegged, but now it’s official: Avatar is the highest grossing movie of all time.

• io9 lists some of scifi’s worst recastings in the face of Don Cheadle’s appearance as Rhodey in Iron Man 2.

• Samuel L. Jackson is in the cast list for Kenneth Branagh’s Thor, but says his appearance is news to him.

• Star Trek 2 screenwriter Roberto Orci says the sequel is more challenging to write because there are fewer limitations on what they can do, but we should expect a strong focus on a villain. Khan?

• Marketsaw claims that Gremlins 3D is coming to IMAX theaters in the next few years, but I’m not interested unless Joe Dante directs.

• Will Self writes an eloquent and gorgeous appreciation of H.G. Wells’ War of the Worlds.