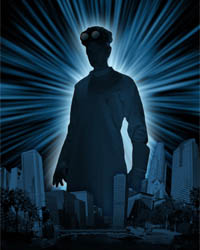 • With Dollhouse dead, Joss Whedon has a lot of time to dedicate to Dr. Horrible 2. But he’d better move soon: Neil Patrick Harris has a congested shooting schedule.

• Although Sinestro is a lock to appear in Ryan Reynolds’ Green Lantern, it looks like they are saving his turn to the dark side for the sequel.

• Laughter courtesy of The Onion: The final season of Lost promises to make fans more annoying than ever.

• IESB‘s floating an interesting idea: Since Warner Bros. absolutely needs to make a Superman movie now for legal reasons, wouldn’t it make sense for Spider-Man 3’s Sam Raimi to step in and direct?

• Want your own space shuttle engine? NASA will just give you one… as long as you’re willing to go and pick it up.

• This, perhaps, is the best idea to strike this particular pastiche genre yet: Leo Tolstoy’s Android Karenina.

• Shares of Solaris: Diamond oceans possible on Uranus and Neptune.