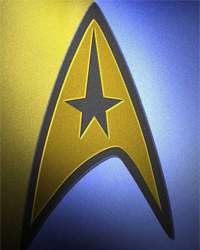 • Avatar is now the second highest-grossing movie in box office history, second only to James Cameron’s other opus Titanic.

• Not so surprisingly, then, James Cameron has already confirmed an Avatar sequel.

• Now that Avatar’s unpresuming 3D has gone down so well, producers are talking about 3D-ing up the Matrix, Star Wars and Lord of the Rings movies.

• ABC and Disney plan on continuing Lost, even without the show’s creators.