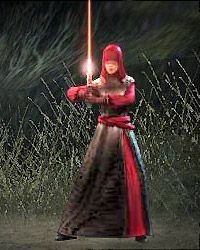 • io9 reviews the pilot and first two episodes of Caprica, and finds it a very different show indeed than Battlestar Galactica.

• Marvel at the awesomeness of this fan made War Machine costume. Paint it a different color and it’s an Iron Man suit, too!

• Oh, yes indeed. Universal’s prequel to John Carpenter’s classic thriller The Thing is due to begin filming in March.

• Is this season six Lost promo of the Last Supper another Battlestar Galactica fakeout, or an actual hint as to the course of the next season?

• Just how long could Luke survive in the belly of a Taun Taun, anyway?

• Beautiful concept art of the world of Tatooine.

• The answers to David Tennat’s Doctor Who mysteries… revealed!