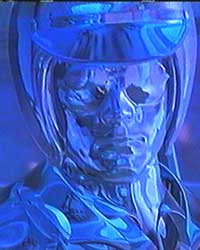 • District 9’s Neill Blomkamp says no to big budget Hollywood movies. Let’s see if he’s still saying that when he’s getting offers to make them.

• Lord of the Rings director Peter Jackson has been knighted in New Zealand.

• What could bring you closer to exploring strange new worlds where no man has gone before than using these Star Trek scuba suits to dive?

• Although most of James Cameron’s greatest works are science fiction, he has a love / hate relationship with technology.

• io9 closes out the year with their votes for best and worst science fiction movies of the year.

• The Way Station is Brooklyn’s hottest new steampunk bar, with an awesome TARDIS to boot.

• If the ’00s sucked for you, io9 has a great list of reasons why the millennial teens might be better.