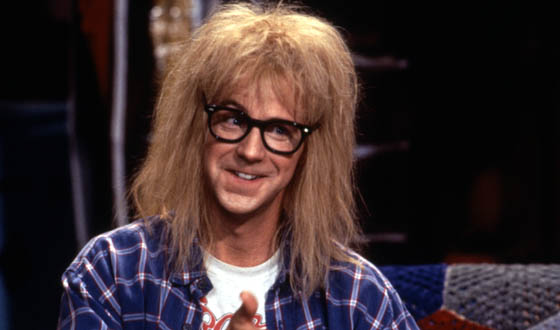 What scares Hollywood more than Godzilla or Frankenstein? The aging process! And it’s even scarier when a “mature” movie vet is cast as a fresh-faced student. These are the actors who should have stuck to acting their age.

9. Michael J. Fox, Back to the Future Part III (1990): By the time he made it to the Old West, Fox was ten years older than his character, Marty McFly.

7. Gabrielle Union, Bring it On (2000): Most 27-year-old woman who wear a cheerleader uniform tend to work in places charitably called “gentlemen’s clubs.”

5. Alan Ruck, Ferris Bueller’s Day Off (1986): While Ferris picked up girls, his sidekick plucked stray grays. You’d think by 29 he would’ve just gone for his G.E.D.

3. Robin Williams, The World According to Garp (1982): He finally enrolls in college … as a 31-year-old. If only Williams would pick his major.

2. John Goodman, The Babe (1992): Goodman, as The Babe, was anything but. When he leaves home at age 19, Goodman was approaching middle age.

1. Robert Redford, The Natural (1984): Then 47, Redford plays a 19-year-old rookie at one point. Good thing stadium lighting is so flattering.

Want to rank these (and five other) unconvincing teenagers?