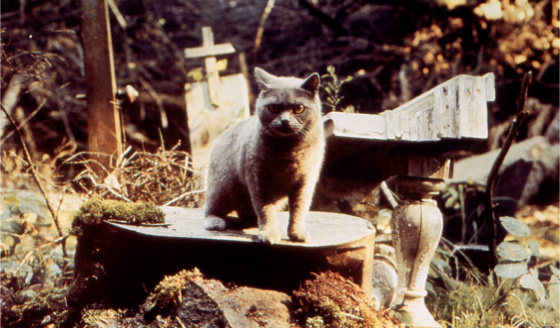 I know, I know: We’ve all asked before (and will probably ask again) why Hollywood always seem to butcher Stephen King’s stories. That complaint seems to come up all the time, but it’s no longer entirely accurate. In fact, it’s hard to remember where this perception came from: After all, King is the storyteller behind the movies The Shawshank Redemption, Misery, The Green Mile, The Shining and many others.

As I see it, the explanation is simple — when 34 of your books have been turned into big-screen flicks, the sheer number of attempts ensures at least a few stinkers. Oh, and that 34 — that’s just the feature films. The real challenge of turning King books into movies is sheer size: He cranks out more thousand-page tomes than Congress, and it’s a formidable challenge to condense such sprawling narratives into 90-minute scripts; screenwriters often take the basic idea and do their best, as they did in The Running Man and (arguably) The Dark Half.

Which is why you have to add another 19 made-for-TV adaptations, many of them miniseries like The Stand (1994) and Rose Red (2002). Then toss in some shorts and a few more projects you’ve probably never seen or heard of… and you’ve got over 100 King stories turned into movies. Holy crap.

The vast majority of authors go their entire careers without seeing a single story turned into a movie. Over 100 — well, that’s just plain staggering. The sheer volume of King adaptations elevates his heavyweight popular-writer champion status to another level entirely. Home-slice doesn’t just reference pop culture. He is pop culture.

Now, the sheer the number of King movies shouldn’t be a surprise; King is among the top-20 best-selling authors of all time, a list that includes William Shakespeare, Charles Dickens and Agatha Christie (But he isn’t the biggest horror author on the list — R.L. Stine seems to have nabbed that title.) And before you ask, kiddies, Twilight‘s Stephenie Meyer has about 215 million more copies to go to catch up…  so let’s give her maybe another three years, tops? King has entered a rarefied realm in which literally every novel he writes (along with most of his short stories) is not only optioned, but rushed into production. King is prolific to begin with, and with the Hollywood machine perpetually ready to process his goods, there’s a seemingly endless stream of King movies in our metroplexes, on cable channels and available via Netflix.

Just take a look at the King properties adapted for film in 2009 alone:

Compounding the sheer quantity of Silver Screen King’s output, he’s been around long enough that many movies made from his early works are coming around in the remake cycle. There have been two made-for-TV versions of Salem’s Lot (in 1979 and 2004); TV remakes of theatrical features Carrie (1976) and The Shining (1980) have already come and gone, and Children of the Corn is underway.
Creepshow (1982) is scheduled for a 2011 remake; Pet Sematary is in pre-production, and the made-for-TV It is in development as a theatrical feature. The next few years promise more King books-to-movie projects, including From a Buick 8 (2010), The Talisman (TV mini-series, 2010) and Bag of Bones (2011).

Add the books in development, like Cell, Under the Dome and Black House, and you get the idea: Books, movies, TV, remakes — he’s all over the movin’ picture business. That said, while I’ve focused on some of the better King flicks, it’s totally fair to list some of those stinkers. Does anyone remember 1991’s Sometimes They Come Back (which somehow inspired two sequels) or the misbegotten Lawnmower Man? Oy.

With so many projects in the mix, Uncle Scottie’s top-ten list is pending — fo’ sho’. But that, Dear Reader, is a whole ‘nother column. In the meantime, what’s your take: Weigh in on your most and least favorite movies based on Stephen King works. List them in the comments field below, and we’ll hit this topic again in the near future.

Don’t agree with what Scott says in this blog? That’s OK, he doesn’t like you anyway. That one time you accidentally drank the sour milk? Yeah, that was him exercising his evil mind control. Watch your ass, pal, because there’s more where that came from.