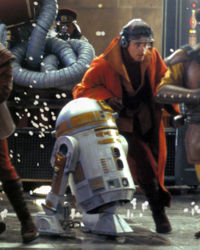 • Five new District 9 deleted scenes have leaked to the Internet.

• James Cameron says that Avatar is such a success, you can all expect an entire trilogy following the further adventures of Jake and Neytiri.

• Speaking of Avatar, io9 lists 20 scifi characters who got their legs back.

• We’re a bit late in mentioning this, but Dan O’Bannon, the writer of Alien, Total Recall and Return of the Living Dead, has passed away. What a shame: he’s one of my favorites.

• Cinematical lists their best science fiction choices of the decade.