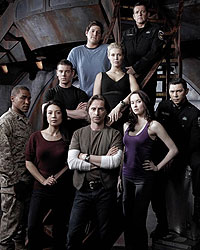 • Isaac Asimov’s Foundation series seems a little less plausible, now that researchers have discovered that meteors would basically smash any planet at the galaxy’s core to bits.

• Bryan Singer says that the proposed X-Men Origins: Magneto movie has been absorbed into his X-Men: First Class project. That makes sense: I never understood how they’d do a full prequel of Magneto with McKellen.

• Fox finally commits to an airdate of the “lost” Fringe episode.

• Congratulations to J.J. Abrams’s Star Trek, which takes home the title of the most pirated movie of 2009.

• An incredible story about how three Egyptian film critics saved Avatar from censorship.