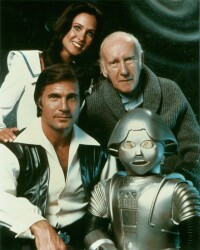 • David Lynch explains why he turned down directorial duties on Return of the Jedi.

• CBS’ newest show is Murmurs, which is a police procedural crossed with time travel. Sounds awesome!

• Director James Cameron from Aliens and Avatar fame is now slated to produce the remake of Fantastic Voyage.

• Newsweek has posted a frankly insane alternate history of what would have happened if Al Gore had won the 2000 Presidency. Apparently, he would have prevented September 11th by preemptively invading Afghanistan.

• Oh, thank goodness: Frank Miller will not be allowed to destroy Buck Rogers by adapting it to film.

• Will Denver, Colorado be the first city to create an Extraterrestrial Affairs Commission? Yes, if a popular UFO scamster has his way.