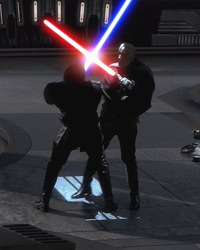 • io9 talks to the concept designers of Avatar about their three year creative jam session.

• Is there another Star Wars movie on its way? Looks doubtful, but any scrap must be seized.

• A bizarre vortex over the skies of Norway has been revealed to be a failed Russian missile test. Too bad: I was banking on a Large Hadron Collider singularity.

• The deceased Bruce Wayne is coming back to the DC Universe after traveling through time. I hate saying it, but this actually looks pretty awesome.

• It looks like the forthcoming Doctor Who special may very well involve the Time War.

• You know you want a Predator hog, with a crab face for a headlamp and everything.