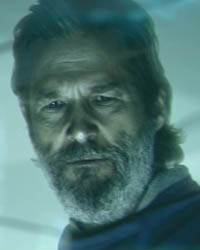 • Peter Jackson says that the earliest we’ll all see The Hobbit is in 2012. Take your time and get it right, just don’t let any of the older actors die on you in the meantime.

• Scuttlebutt says that Tron Legacy may just be the first entry in a new Tron trilogy.

• A man builds his own, sort-of-working Stargate in the form of a home theater set-up.

• Thanks to the new Star Trek MMO, you too can now Tweet in Klingon.