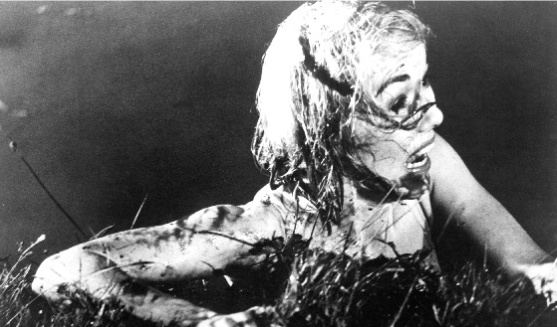 Ever heard of a little thing called triskaidekaphobia? That’s the fear of the number 13, and it’s got legs. Not superstitious, you say? Well, sophisticated 14th-floor dwellers: If your elevator buttons skip from 12 to 14, you live on the 13th floor. Bet you’ll be careful with those mirrors and keep an eye on black cats from now on. In the meantime, peruse this list of movies that feature the number 13 — perhaps you’ll learn something useful.

13 Tzameti (2005):
An impoverished Georgian immigrant blunders his way into an underground suicide tournament organized for the benefit of wealthy, jaded gamblers in this bleak psychological chiller. “13” is the protagonist’s number and “tzameti means 13 in Georgian, so the movie’s U.S. title is actually “13 13.” That’s a whole lotta bad luck.

13th Child (2002):
The 13th child of a murdered 18th century Native American shaman
becomes the bogeyman of Southern New Jersey’s Pine Barrens in this low
budget shocker. In many folkloric traditions, a 13th-born child was
predisposed to evil.

Friday the 13th  (1980):
Title notwithstanding, the number 13 plays no part in the movies’ mythology, which would be because producer Sean S. Cunningham sold the project on the basis of the title, then had to scramble to come up with a movie. Voila! The birth of one of the most successful horror franchises in history.

Friday the 13th: The Orphan (1979):
Taken in by a straight-laced aunt after the death of his parents, a young boy descends into murderous madness in this offbeat psychological horror movie inspired by the Saki story “Srendi Vashtar.” The 13 factor? Nothing to do with nothing – but take note: The title wasn’t an attempt to rip off the fledgling, above mentioned Friday the 13th franchise — this one opened first.

Assault on Precinct 13 (1976):
What’s John Carpenter’s lucky number? Thirteen, baby – this was his first professional feature (don’t even start – Dark Star was a student movie), and his lean, mean tale of one very bad day at a spectacularly unlucky police station marked him as a writer-director to watch. Next step: Halloween.

Dementia 13 (1963):
And guess what? It’s Francis Ford Coppola’s lucky number too. This thriller about a deranged axe murderer on the loose in an Irish castle was his first real feature after testing the waters by shooting additional footage for Russian scifi flicks and making a couple of nudie-cutie pictures. As to the title, the “deranged” part is self-evident. The “13” part, not so much.

13 Ghosts (1960):
Actually, only twelve ghosts come with the spooky house inherited by a genial, absent-minded paleontologist and his family… who will become the 13th haint? Hallelujah! The number 13 figures into the plot! The remake, saddled with the pretentious spelling Thir13en Ghosts (2001) features more elaborate spirits and lot of gore, but lacks the original’s spook-house sense of fun.

Thirteen Women (1932):
Twelve former sorority sisters are marked for murder by the Eurasian classmate they ostracized in school. Think of it as a proto-slasher movie with good manners, Irene Dunne is the final girl and Myrna Loy as the vengeful killer. Oh, and starlet Peg Entwistle, who committed suicide later that year by jumping off the 13th letter of the vintage Hollywoodland sign. Creepy. Though the sign still stands, the last four letters were allowed to succumb to the elements.

Number 13 (1922):
Alfred Hitchcock’s first movie was never completed, and the completed footage and script vanished when production was suspended. Could the curse of the number 13 be to blame?