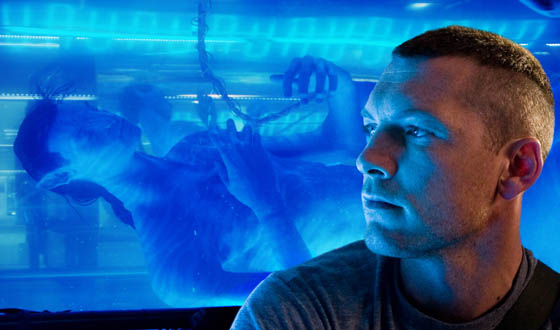 Surf Ninjas (1993)
The Synergy: Sega Game Gear’s Surf Ninjas
In one of the most charmingly shameless synergies, the producers behind Surf Ninjas decided not only to create a Sega Game Gear game based on their flick, but to give the game almost as much screen time in their movie as the actual heroes. You see, the game in the movie isn’t just another hand-held diversion — it’s a magical ninja-fighting program that tells the heroes what to do and gives them advanced warning when they’re about to be attacked. The message to younger viewers is clear: If you buy the Surf Ninjas video game, you’ll be able to fight ninjas and a robotic Leslie Nielsen, too! That neither the game nor the movie lived up to such hype should surprise no one.

The Movie: The Matrix Reloaded/Revolutions (2003)
The Synergy: Enter the Matrix
Depending on who you ask, the Enter the Matrix video game and its overall connection to the multimedia mind-hump that was the Matrix Reloaded/Revolutions was either a pretentious bomb or a wonderful success. The idea seemed simple: Ghost and Niobe, two minor characters, would star in their own game that would fill in the narrative gaps from the movies. The consumer would experience both, thus gaining a greater understanding of a larger, more epic universe while the Wachowski brothers raked in even more dough. As it turns out, nobody really cared about Ghost and Niobe, and much of the game consisted of them running around, completing irrelevant missions while failing to look important. Then again, the game did sell five million copies before anyone figured that out, so…

The Movie: The Chronicles of Riddick (2004)
The Synergy: Dark Fury: The Chronicles of Riddick (2004) / Escape From Butcher Bay
The build-up to the Pitch Black sequel was so intense it spawned an animated prequel as well as a video game tie-in. The former, Dark Fury: The Chronicles of Riddick, was meant to function as both a standalone Riddick adventure as well as a primer for the forthcoming sequel while the latter, Escape From Butcher Bay, was built for those looking to “see the movie, play the movie.” Why did Butcher Bay succeed where Dark Fury failed? For starters, Butcher Bay was an astonishingly good video game. Dark Fury, on the other hand, appealed only to superfans of the Riddick franchise (and let’s be honest, how many of those are there?). Vin Diesel’s attempt at synergy worked… though not in the way he’d planned. Butcher Bay got a sequel in Assault on Dark Athena; the Riddick movies died.

The Game: Dead Space
The Synergy: Dead Space: Downfall (2008)
This is an interesting case of synergy in that it’s completely backwards. Electronic Arts’ game received generally favorable reviews upon its release, but it was often criticized for having an underwhelming story. With good reason: Despite having some of the most satisfyingly gory gameplay in recent memory, players had very little reason to care about the residents or history of the alien-infested USG Ishimura. Enter the animated, made-for-TV movie prequel to the game, which contains most of the really interesting bits of the narrative (e.g., how the Necromorphs got onto the ship, and what happened to the crew). The movie gives a more tantalizing look at the Ishimura’s history, whereas the game relegated most of its narrative to somewhat uninteresting audio logs.

The Movie: Avatar (2009)
The Synergy: Avatar: The Video Game
You’ve probably already heard of James Cameron’s next little project, which according to the director will change the medium through its stereoscopic 3D and supposedly lifelike CGI. You may not have heard that Cameron has also green-lit an Avatar video game prequel. As one of the first games to be playable in the same stereoscopic 3D, Avatar looks to be not just another licensed cash-in, but rather a fully-developed chapter in the overall Avatar saga. (If Cameron says it, it has to be true, right?). Regardless of the game’s reception, at least we’ll be prepared. Hey, it couldn’t be any worse a synergy than Surf Ninjas, right?