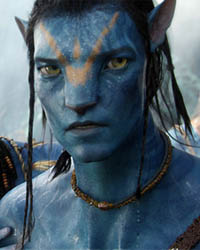 • io9 wonders how traditional science fiction magazines can stave off extinction. The answer, of course, is selling out, although I too am curious: Why isn’t there a scifi McSweeney’s?

• Speaking of Avatar, a USC linguistics professor was asked to come up with an entire alien language for the movie.

• This gallery of the cheesiest and most inappropriate book covers of all time is pretty great. I actually have those exact copies of Starship Intercourse and The Little People (a surprisingly good novel, that one).

• IBM has recreated a cat’s central cortex, although they don’t quite understand how it works… just like the real thing!

• A fun gallery of great Star Trek and Star Wars tattoos is waiting for you over at SciFi Wire.