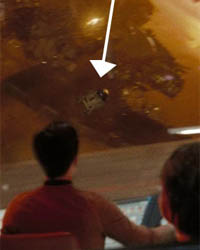 • Roland Emmerich and his fellow 2012 cast members fess up: this latest flick is really an animated movie.

• Brian Cox is rumored to be in heavy consideration for a role in The Hobbit. He would make an excellent dwarf.

• British scifi maestro Michael Moorcock responds to skepticism about his authorship of an official Doctor Who novel.

• In Altitude, a group of teens board a private plane and end up running into a floating space octopus. Consider me subscribed to the newsletter.

• The Neuromancer movie is still in development, but apparently even the author, William Gibson, has no idea how it ends.

• With Joss Whedon’s Dollhouse now canceled, Cinematical speculates that the once storied Whedonesque mojo is off, and suggests five ways to fix it.