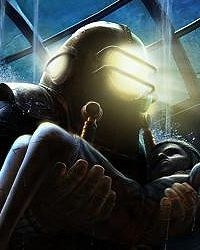 • MGM Studios is up for sale, which means that a few million can land you such scifi classics as Forbidden Planet, 2001: A Space Odyssey, Soylent Green, Westworld and Logan’s Run.

• Popular Mechanics does a post-mortem on an effects sequence in Roland Emmerich’s 2012.

• Despite the fact that it’s not even out yet, James Cameron’s Avatar has already won a special effects award.

• Ray Bradbury is pitching a television series… even though he just clarified that Fahrenheit 451 was about the evils of television.

• Doctor Who show-runner Russell T. Davies says there won’t be a movie… not from him, at any rate.