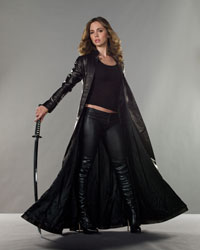 • The special effects team of Zack Snyder’s execrable (but pretty) 300 has joined the Conan crew. As a huge Robert E. Howard fan, I can only hope the latter movie is exponentially better than the former.

• Whether we like it or not, Ridley Scott is directing a Monopoly movie. But here’s an interesting tidbit you might not have heard: It’s set in alternate universes.

• As predicted from the exact second that it first came on the air, Fox has sabotaged and canceled Joss Whedon’s Dollhouse. If it makes you feel better, Joss promises a significant ending.

• Reacquaint yourself with the artist and designer whose amazing imagination inspired the look of Star Trek.

• Roland Emmerich says that 2012 will be his last disaster movie. Promises, promises.

• io9 has a great post looking at the Cold War in science fiction.