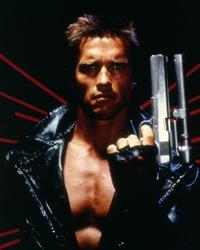 • The Life Aquatic director Wes Anderson wants to do a scifi film physically shot in outer space. Good luck with that.

• The latest Star Trek deleted scene has been released, in which Kirk shows a callous disregard for both alien identity and sexuality.

• Nathan Patrelli from Heroes will be killed off this season. Presumably, the languishing show will be next.

• Now that the rights to the Terminator franchise is up for grabs, Joss Whedon wants a crack at it. His idea? Terminator… of the Rings!

• Michael Bay says that Transformers 3 will be less of a robo-smash’em than before, with more emphasis on emotion.

• Mental Floss chronicles the amazing story of how Superman infiltrated and defeated the Ku Klux Klan.