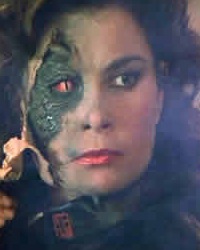 • By Odin’s beard! Anthony Hopkins will play the king of Asgard in Kenneth Branaugh’s Thor. Is there any famous English actor not yet signed for this movie?

• Roland Emmerich discusses his reasons for destroying every monument in the world for the forthcoming disaster flick, 2012, with one exception: The Kaaba in the holy city of Mecca.

• According to original V show-runner Kenneth Johnson, the series originally wasn’t going to be about aliens at all: It was to be about neo-fascism in a scifi setting.

• If you have a few million to spare, the rights to the Terminator franchise could be yours.

• Elizabeth Mitchell, who plays Lost’s Juliet, confirms she’s defintely coming back to the show in the sixth season.