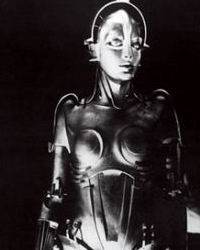 • Robert Zemeckis says that the sequel to the cartoon fantasy Who Framed Roger Rabbit is on its way.

• Science fiction is experiencing a resurgence in 3D unseen since the 1950’s, but this time, the fashionistas can take part with designer 3D glasses.

• Count Dooku, Saruman, Flay and Dracula have been knighted in the person of Sir Christopher Lee. No one could deserve it better.

• Men in Black 3 has a screenwriter in Tropic Thunder’s Ethan Cohen, but no one knows if Will Smith will come back. My guess is yes: If he’ll do Bad Boys 2, he’ll do MiB 3 any day.

• At next year’s Berlinale film festival, the original cut of Fritz Lang’s Metropolis will be shown, after having been feared lost for decades.

• Ivan Guerro has taken the classic openings to old Marvel Cartoons and Marvel Zombified them.