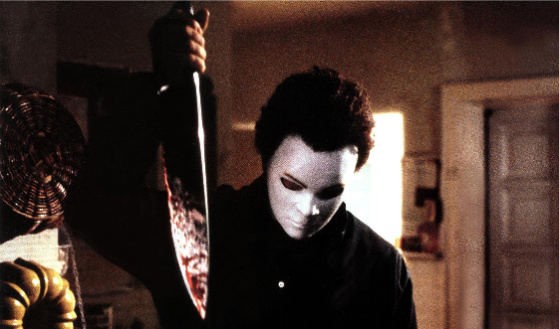 I’m not a fan of the term “guilty pleasures,” particularly in reference to movies or music. If you enjoy a movie, why should you feel bad about it? I’m not talking about movies whose camp value launches them into the realm of “so bad it’s good”: There’s no shame in loving Shark Attack 3: Megalodon or Mausoleum or anything else that’s a real, genuine hoot. A true “guilty pleasure” is a something you actually like like, even though no one else does. You dig it, go in search of kindred spirits, but when you look it up on IMDB, you find it’s rated a 2 and everyone seems to think it’s a big pile. So while they’re laughing or rolling your eyes, maybe you’re actually a little scared. You feel embarrassed, and may begin to question your sanity — why did you like the movie when no one else did? Did you actually like it?

Yes… yes, you did like that horror movie! And you know what? That’s OK. Sing their praises out loud, my friends! Stand up and say, “I
enjoy these movies and I’m not going to feel guilty about it!” Here,
I’ll go first.

Blair Witch 2: Book of Shadows (2000)
Does it live up to the terrifying awesomeness of The Blair Witch Project? No, not by a long shot. Still, it’s not as bad as everyone makes it out to be. It’s an clever take on what constitutes a sequel — Blair Witch 2 acknowledges that its predecessor was, in fact, just a movie, and explores the “fact or fiction?” fallout surrounding it. That’s clever and kind of cool.

Cherry Falls (2000)
Both a slasher movie and a blackly comic send-up of slasher movies, Cherry Falls is a horror movie where, for once, sex doesn’t equal death. In fact, the killer stalks virgins, so the local teens set about adjusting their status as the bodies pile up. Sometimes creepy, other times over-the-top and always constrained by MPAA demands, Cherry Falls never got much positive attention, and I think it deserves some.

The Craft (1996)
The night I saw The Craft, I came out of the theater to find that my car had been stolen from the parking lot. And even that didn’t diminish my love of this teen witchapalooza. Along with Scream, this movie helped usher in what some claim has been the downfall of the horror genre: Fresh-faced teen stars. Still, I don’t see how it’s possible to hate this movie once Fairuza Balk gets her crazy on.

Halloween H20 (1998)
The seventh installment in the Michael Myers saga (or maybe the sixth, depending on where you stand on Halloween III: Season of the Witch) arriver twenty years after John Carpenter’s original and yes, it features those ubiquitous fresh-faced teen stars (not to mention LL Cool J). But it also features Jamie Lee Curtis as Laurie Strode and makes a rare attempt to explore the effects of horror movie survival. Laurie, still haunted by the murderous antics of her brother, is a paranoid wreck given to boozing and hallucinations. It’s one of the best sequels in the franchise, and not a bad movie in its own right.

The Texas Chainsaw Massacre (2003)
This is the one I find it most painful to admit I like. It’s a Platinum Dunes remake of one of my most favoritest horror movie ever! It features fresh-faced teen stars! It bears the fake patina of ersatz 1970s! How could I possibly dig this movie? I guess these things just happen… I went into the theater expecting to hate it and walked out a fan. It’s gory, it’s fast, it’s ridiculous and dammit, it’s fun.

Phew, I’m glad I got that out of the way! Yes, my name is Stacie, I’m a horror fan and I love some movies that most people don’t. There, I said it… do you still like me? Go on, confess to your non-guilty guilty pleasures in the comments field below. It only hurts for a second. I promise.