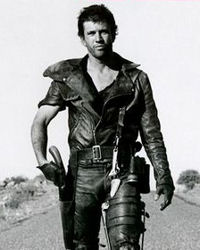 • Mad Max 4 is in production again, and it is strongly being rumored that Sam Worthington will be the next Max.

• Masamune Shirow’s famous Ghost in the Shell manga is to become a major live-action movie.

• District 9’s Neill Blomkamp has been given a budget for his next science fiction movie, which he describes as an epic.

• Harlan Ellison has won his lawsuit against Paramount for not paying him licensing and merchandising fees for a series of Star Trek novels based off the plot of “The City on the Edge of Forever”.

• This is the best Star Wars item I’ve seen in a while: Slice into the belly of a Taunt Taun wedding cake.

• Variety gets an early peek at the production design of James Cameron’s Avatar.