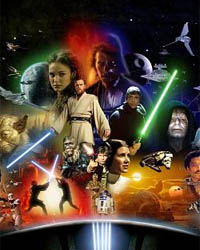 • The new season of Doctor Who will re-envision the steampunk interior of the current TARDIS, and Galifrey Base might just have the first shot of the new set.

• Is George Lucas planning another Star Wars trilogy with Stephen Spielberg and Francis Ford Coppola set to direct, this time in 3D? I doubt it, but anyone would direct the franchise better than Lucas at this point.

• Fox needs to make up its mind whether to support or kill Joss Whedon’s Dollhouse: Now they won’t show any episodes at all in November. You know, during sweeps.

• Ian Banks’ Culture novels are coming to the big screen.

• New Scientist looks at things that can go very, very wrong amongst the inter-personal relationships of astronauts.

• Do you need a comparison chart, referencing the size of Godzilla versus that of Optimus Prime? Of course you do.