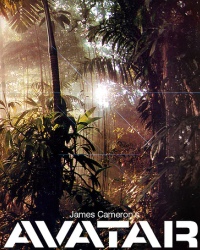 • Ryan Reynolds is now confirmed to be cinema’s Green Lantern, but the producer of Deadpool doesn’t see why the actor can’t play both a Marvel and a DC hero at the same time.

• Batman & Robin scribe Akiva Goldsman says that his superhero movie might be the most important ever made… for being so execrable it forced Hollywood to take comics seriously. Interesting point!

• The New Yorker has posted a mammoth 12-page piece on Avatar and its director James Cameron, in which he laments that whenever he tries to do an action movie, people claim it’s a chick flick. Interesting point: Strong female leads tend to classify your movies that way, for better or worse.

• Roberto Orci and Alex Kurtzman may have been hired to do an adaptation of the scfi-western comic Cowboys and Aliens, but that doesn’t mean they’re going to use anything besides the concept.

• Sci Fi Wire has been posting some great Halloween lists this month, and their round-up of rampaging space zombies is no exception.

• Edgar Rice Burroughs of Tarzan of the Apes fame turns 97 this month.

• Marvel combines Avengers, X-Men and Harry Potter to come up with Avengers Academy.