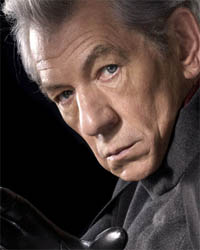 • Sam Raimi says that as much as he’d like to see the Lizard in Spider-Man 4, the actual villain has still yet to be decided. That seems hard to believe considering the movie begins filming in March.

• X-Files creator Chris Carter’s other show, the apocalyptic Millennium, is coming to the big screen. Bizarrely, Chris Carter is not attached.

• Sir Ian McKellen talks The Hobbit and X-Men Origins: Magneto, the latter of which he’s very skeptical he’ll be starring in.

• Philip K. Dick, though he died before filming completed, had a lot of hope for Ridley Scott’s Blade Runner.

• The Guardian asks if we’re now in a post-science fiction world. I don’t think so, but then again, I think genre labels are fairly meaningless to begin with.

• Tripods adapter and screenwriter Stuart Hazeldine talks about the process of working with Alex Proyas on the adaptation of John Chrisopher’s book series.