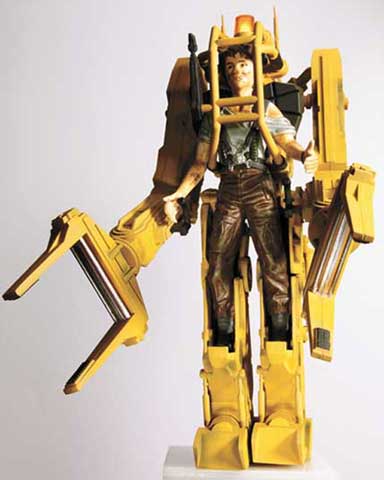 • Some new promotional pictures for James Cameron’s Avatar are out, and they may show Sigourney Weaver’s blue, feline alien form.

• Michael Bay’s next picture, despite his professed reluctance, is indeed Transformers 3. And Megan Fox — who recently compared him to Hitler — is returning as well.

• George Romero, originator of the zombie genre, is going to write a zombie holocaust survival guide.

• The oft-rumored director of future Superman movies wants to set the series in a scifi future.

• Want a Xenomorph-ripping power loader? The Japanese have already invented one. Get off of her, you expletive.

• Jim Henson didn’t just do the Muppets. He also did surrealist, philosophical examinations of time travel.

• The Sarah Jane Chronicles has another season coming. Do any non-Brits watch this show?