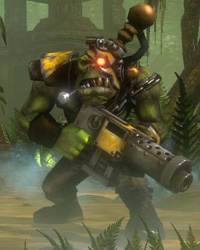 • What will the follow-up to Pride and Prejudice and Zombies and Sense and Sensibility and Sea Monsters be? How about Louisa May Alcott’s Little Women and Werewolves?

• The He-Man movie has been killed at one studio and resurrected at another in the space of a single week — by the power of Greyskull, natch.

• Short of Star Wars (which has its own MMO in production), no scifi universe calls out for a massively multiplayer game as much as Star Trek — and that game is coming. Check out the images over at Massively.

• Fifty years later, Rod Serling’s Twilight Zone is just as poignant now as it was then.

• We’re forty years in, so just how accurate was Stanley Kubrick’s 2001: A Space Odyssey in predicting the future? Not very, if corporate logos and airplane food are to be the judge.