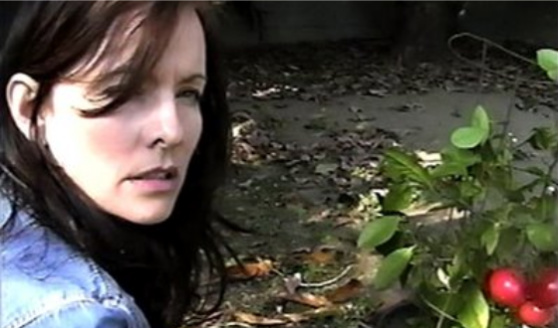 I’ve talked about microbudget/D.I.Y. horror movies before and recommended a few titles worth checking out. Sometimes, though, it’s not enough to sit around on your duff watching films made by other people. Sometimes you’re struck by a fit of creativity and you’ve just gotta dance dance dance! Wait, I don’t mean dance — I mean make your own backyard masterpiece.

Believe me, I know that feeling well; in the last year I’ve made seven short movies, seven fake trailers and one feature, each on a shoestring budget. Actually, “shoestring” might be too generous. The money I spent on all those projects combined probably wouldn’t buy a 20-year-old used car. But I’ve learned an awful lot making them movies, and today I’m going to impart some wisdom. Because as you know, I care!

1. Start Small
It’s easy to daydream yourself into flights of moviemaking fantasy. Heck, maybe you’ve even gone and written a massive 130-page screenplay, an epic tale that will change the face of horror for ever and ever. You’re convinced that only you have the vision to tell this story the way it needs to be told… and that’s great. You may even be right! But if you have absolutely no filmmaking experience, why not start with a mini-masterpiece? Get your feet wet by shooting a 15-minute movie. Or even better, five three-minute movies. It’s easy to get overwhelmed by the process, and learning the ropes in bite-sized pieces will help you keep your head.

2. Research Is Your Friend
You don’t need to spend thousands of dollars on film school — if you don’t believe me, ask director Robert Rodriguez. He wrote a whole book on the subject. But no schooling doesn’t mean no learning: Hit your local library and the Web for information on the hows and whys of making a movie. Rodriguez’s Rebel Without a Crew is a great place to start. Most importantly, you need to watch movies and really pay attention. Learn from your favorite directors by studying camera placement, angles and pacing. You can learn as much from the directors you don’t like — what is it about their storytelling that doesn’t work for you? How would you change it? DVDs are a fantastic resource: Listen to commentary tracks and watch bonus features for insights and tips. You’ve got shelves full of education sitting in your living room.

3. Become a Know-It-All
The more you know how to do on a film set, the better off you’ll be. Learn as much as you can about as many crew positions as you can, from lighting to editing to effects to cinematography. Help out on other micro-movies and ask questions (at the right time, of course). Handling as many roles as possible is important when you’re making a movie for no money, because there’s a limit to how many positions you can staff for “I’ll owe you one!” Should the day come when you have an actual budget, knowing what’s possible will help you communicate with the people you hire. Or maybe you’ll simply continue to do as much as you can all by yourself.

4. Cheap Is OK
Boy, wouldn’t it be nice to have top-of-the-line equipment? Of course it would, but you don’t need cutting-edge cameras and computers to make a decent movie. A zillion dollar camera may take a pretty picture, but if you can’t set up a shot or tell a good story, it won’t matter. Conversely, your chops will shine through even if you’re using a $150 camera. One of my shorts, Taste of Flesh, Taste of Fear, is making the festival rounds right now, and it was shot on VHS! In short, it ain’t what you’ve got, it’s how you use it.

5. Turn on Your Heart Light
Don’t worry — a heart light isn’t some fancy-shmancy piece of equipment you’ve never heard of (although that would be awesome). That’s just me getting all E.T. and saying do what you love because you love it. Yeah, it’d be nice to be so rich and famous that the World Wide Webbies trash your movie before you’ve even gone into production. But those aren’t reasons to start making movies, ’cause you know what? Chances are, none of that is ever gonna happen. Except the Internet trash-talking, because that’s what the Internet is for. The reality is, you’re going to spend tons of time and money making movies — it’s a lot of work — so you’d better love it. If you want to make horror movies, do it because you love horror movies, plain and simple.

OK, now you’ve gotten some dazzling insight into my philosophy regarding DIY horror… but what happens when you need to make your own fake blood? Next time: Practical tips for getting your ideas on the screen!