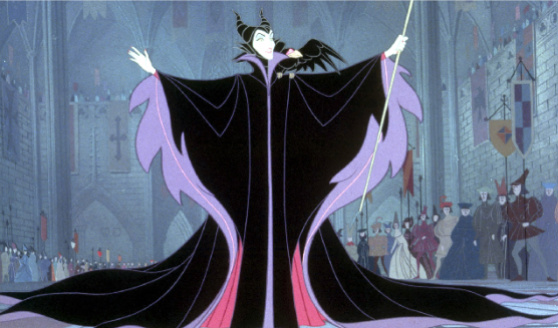 If you’ve been to a movie recently, you’ve probably seen the amazing trailer for 9, a crazy, computer-animated flick that launched, of course, on Sep. 9, 2009 (you know, 9/9/9). It looks absolutely gorgeous, and while reviews are mixed (this intrepid blogger has yet to see it), there’s consensus on one thing: 9 is dark and more than a bit disturbing.

Little puppet “9” (who, for the record, isn’t as hot as Star Trek: Voyager‘s Seven of Nine… hey, needs to be said), comes to life in a post-apocalyptic world, discovers a small community of others like him (conveniently named 1 through 8) hiding from mean-ass machines, and winds up with the weight of the future resting on his burlap shoulders. Can he and his friends save the planet? This wild preview got me to thinking about animated horror flicks, and as I started my top-ten list I thought, “Why not trim one to honor 9” (and, incidentally, give me 10 percent less work this week)? And so I give you the Top Nine Animated Horror Flicks of all time.

The Black Cauldron (1985)
Medieval fantasy is medieval fantasy, until you start cramming dudes into a black cauldron that turns them into evil zombies. Then that shiz becomes horror, and how. This is a good flick to show the nephews you don’t like.

Watership Down (1978)
No question: This one has some of the best horror scenes in any movie, animated, puppet or live action. Take a friendly bunny with a persecution complex, kick him out of his burrow and put him out on the streets. Then introduce a gigantic, bloodthirsty, drooling bloodhound and the mutated bunny servant of an evil general bunny, and you have the goods. It lulls you into drowsiness with emotion and cuteness, then beats you over the head with solidified bloodcicles.

Vampire Hunter D (2000)
Dude’s mutated hand has power. Power he uses to kill vampires… vampires in a post-apocalyptic world. I’m there. Oh, and wait — throw in some swords and some giggly monsters and some demons and blood and guts and crazy Japanimation sound effects and boom. You’ve got yourself a classic.

Akira (1988)
There’s a dream sequence where a dude’s intestines fall out… that’s scary, and that’s just the beginning. Author Matt Wallace says that “Akira is the s–t,” and if you’ve ever read Matt Wallace, you know that’s a stellar seal of approval. This puppy represented state-of-the art animation when it came out, and it still looks stunning. A must-watch for any horror and/or animation fan.

Sleeping Beauty (1959)
That witch Maleficent is one mean, evil, cronky-nosed, evil, wart-faced bee-yotch. And come on, tell me that when you saw this flick as a kid you weren’t weeing in your Superman Underoos just a little bit. I mean, babe turns into a freakin’ dragon, for crying out loud (though one has to ask why she didn’t turn into a dragon sooner and get it all over with, maybe?). It features comas, shape-shifting, crazy music and all hallmarks of Walt Disney’s evil side (as in: Let’s advertise with cute bunnies, get the kids in the theater and then make them crap themselves).

Dead Space: Downfall (2008)
The animation is bad and the plot is a little wacky, but I’ll be honest — watching animated evisceration and spinning, severed heads is cool. Plus, I played the full “Dead Space” game, which is solid and has the best scare-the-poo out of you sound effects of any game, ever, which influenced my take on this movie. Also, no hesitation to kill characters like mad. Some bad-mouth this flick because of the mass-produced animation, but it’s a good time.

The Fox and the Hound (1981)
You may laugh, but screw you. This is scary. You get sucked into the cute puppy and cute baby fox frolicking and think you’re watching a nice kiddie movie. And then blammo, you’re looking at snarling, drooling Michael Vick-style dog fighting. And then the gigantic shadow-bear with the glowing red eyes (and more animated drool) comes out, and every child in the theater screams and craps. Some of them crap and then scream, but same end result. Yeah, Walt Disney, benefactor of youth all across the globe.

Pinocchio (1957)
Speaking of intestines (see Akira), how about an artificial boy who wants to be a real boy cavorting through the intestines of a whale? And hey, if you’ve still got some acid left over from your Heavy Metal movie night, why not knock it back and see your buddies turn into donkeys? In real time. Sounds like a fantastic double-feature for you and your good pals Hunter S. Thompson and Timothy Leary. Get down with your bad self.

Draw Me a Winner
Well, I’m looking forward to 9, but if you’re not (or are and crave some more animated horror), check out the nine movies up above. And don’t go bad-mouthing Walt Disney for being a sick bastard, because he’s dead and he can’t hear you. His corporation, however, is more than happy to take your money. So it’s all good.