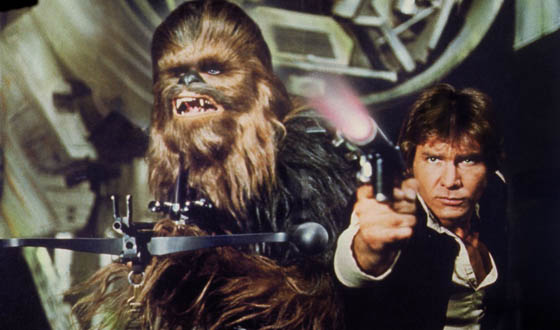 Last week I ranked the directors of the Star Trek movies, and I had ranked Robert Wise — director of Star Trek: The Motion Picture — fairly low on the totem pole: 5th out of 8, actually. To which some folks in the comment thread responded, “Yes, that’s accurate, but to be fair, the ‘director’s cut’ of the film is much better.”

They’re not wrong. The director’s cut is only slightly longer in running time, but a significant portion of the movie is redone thanks to new edits and insertions by Wise (who, before he was an Oscar-winning director was Oscar-nominated as an editor for Citizen Kane). It’s definitely the better version — and perhaps would have been the original version had Wise and his crew not been rushed by Paramount to make a release date, forcing the movie into theaters in what was essentially a rough and unfinished form.

But — and here’s the question — which of the two is the definitive version of the movie? Certainly the “director’s cut” is the more polished and considered version, the one Wise didn’t have to really worry about a deadline on. But for better or worse, the original version is the one most filmgoers have seen, is the version that garnered the reviews and the Oscar nominations (for effects and for the score), and is the version whose financial successes and artistic failures colored the way the rest of the series played out. So which is the “real” Star Trek: The Motion Picture?

The question is compounded by the “director’s cut” and “special edition” versions of other science fiction movies. For example:

Star Wars:
In the cantina scene, did Han shoot first? Yes in the original, No in the theatrical version of the Special Edition, and it was a draw in the DVD Special Edition. George Lucas dictated all of these, as if on a whim.

Superman II:
The theatrical release was directed by Richard Lester, who came on after original Richard Donner (who directed the first movie and shot much of the footage of the second) dropped from the project. Years later Warner Bros. brought Donner back to do a cut, released to DVD, which drastically changed the movie’s story arc.

Alien/Aliens/Alien 3:
All have expanded/re-edited versions available on DVD as part of the Alien Quadrilogy box set, each flick featuring scenes left out of the theatrical releases. In the case of Alien 3, the “new” version was put together without the help of director David Fincher, who has more or less disavowed the original thanks to studio heavy-handedness.

The Abyss:
James Cameron’s near-future underwater scifi flick makes a whole lot more sense in its “Special Edition” version, which adds scenes dropped from the theatrical release — presumably because the studio felt it was running too long.

Brazil:
Universal Studios hated the version director Terry Gilliam turned in and recut it to create a “happy ending”; Gilliam responded (in part) by sneaking a print of his own cut to the Los Angeles Film Critics Association, which promptly handed over its “Best Picture” award for the year. This forced Universal to release a version more to Gilliam’s liking — although the U.S. version is still ten minutes shorter than the version shown in the rest of the world. All three versions are available in a Criterion Collection DVD box set.

Personally speaking, my default position is that the original theatrical release — the one first seen by audiences, reviewed by critics and nominated for awards — should be considered the definitive version, but I’ll also note I’m horribly inconsistent on this: The “no narration” version of Blade Runner is the one my brain likes, and the same goes for the Special Edition of The Abyss. One could argue director intent matters for definitive versions, but then no one in the known universe thinks Han ever did anything but shoot first, no matter how many times Lucas fiddles with the scene.

Since I can’t come up with an answer on my own, let me throw it out to you: In a world filled with special editions, director’s cuts and extended versions, which edition is the “real” deal? Is there a hard and fast rule? Does it actually matter? Tell me, because really, I’m lost on the subject. I want to know what you think.