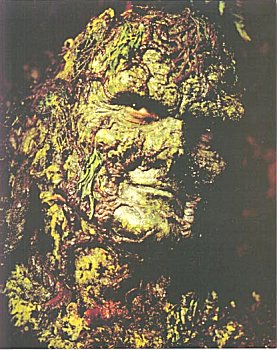 • This one’s being overlooked almost everywhere, but Dick Durdock — the six foot five inch marine who played Swamp Thing in both the movie and television series — has sadly passed away of pancreatic cancer.

• David Cronenberg is set to remake his own remake of The Fly. This is a poor idea: Cronenberg’s first stab is basically perfect. He can only make himself look bad here by trying again.

• I would have simply killed for this Darth Vader surgery room as a kid, complete with table, melted Anakin and a Chopper Droid.

• Booktionary has a fantastic gallery of how the cover to The Martian Chronicles has evolved over time.

• This isn’t going to be totally safe for work, but SciFi Wire‘s collection of the 29 strangest scifi shower scenes is a great time. Get soapy and sudsy with Doctor Who, Tank Girl and more!