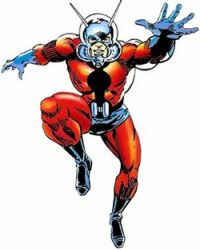 • Will the first Pixar/Marvel movie be Ant-Man? I have to admit, that just feels right to me.

• Yes, Virginia, Lost Season 6 will see a new timeline unfold. But that’s not to say the old one’s going away.

• Talk about poor ideas: A remake of Ed Wood’s Plan 9 From Outer Space called Plan 9. But there’s a teaser trailer over at the official site, if you’re interested.

• io9 discusses their choices for the top 10 unlikeliest survivors of the end of the world.