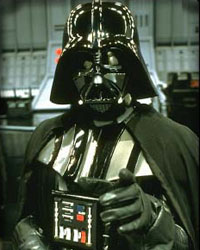 • The big news of this week: Marvel has been purchased by Disney for their IP. So will Disney decide that the monthly production of adult-focused quality comics is the best way to maintain the worth of that IP, or will they shift almost entirely into film and television?

• The Spider-Man musical — which is already being called the worst debacle in Broadway history — has somehow, miraculously, restarted production.

• Iron Man colleagues Jon Favreau and Robert Downey Jr. will be doing Cowboys and Aliens together.

• An old list, but a good one, because cyberpunk is coming back: Cyberpunk movies by decade.

• Happy Birthday, Georges Méliès’ A Trip to the Moon. You’re still one of the most surreal and visually distinctive science fiction movies ever made.

• The CGI adaptation of Tezuka’s Astro Boy finally has a trailer. It’s not really doing it for me, but I’m an Astro Boy purist.

• Thought-provoking stuff: Why didn’t the Rebel Alliance try to overthrow the Empire through traditional insurgency measures, instead of conventional frontal attacks on the nexus of Star Wars power, the Death Star?