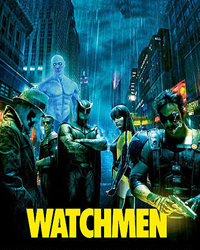 • io9 rattles off their top 100 science fiction shows of all time. “All time” excluding the future, of course. And how’d they determine the ranking anyway? “Science!”

• Terry Gilliam has seen Zack Snyder’s Watchmen, calls it “turgid” and says his version would look much different.

• Ian McKellan drops some enticing Hobbit gossip, including the news that Bilbo Baggins has already been cast and that the script is ready.

• A graph that explains science fiction television since Star Trek.

• New Scientist lists the NASA projects that never were. Boy, that lifeboat for the International Space Station looks like a worthy investment.

• Jon Favreau says an Avengers movie might be a disaster, but that’s not going to stop him from producing it.