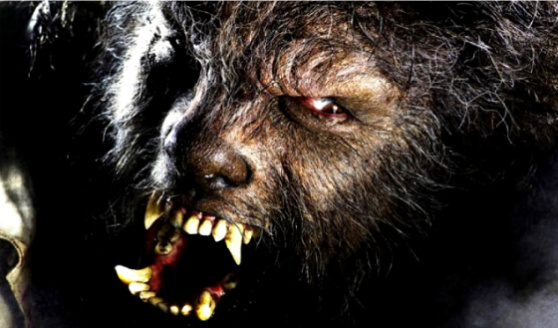 Gather ’round horror fans, because it’s about to get deliciously creepy in here. What’s that you say? You haven’t checked out the new The Wolfman trailer yet? Well then, make haste over to the movie’s Yahoo page to see it in all its howly, growly glory for yourself.

Last week, on the very same day that the world tried to decide what it thought about the premiere of James Cameron’s uber-hyped Avatar trailer (verdict: Still confused), the trailer for The Wolfman, Universal’s troubled remake of the 1941 classic quietly snuck its way onscreen. And lo and behold — people like it. They really, really like it, in fact. And now, a project that most people have been relegating to the way-back burner is suddenly back in the big leagues!

It’s been a rocky road. Back in 2006, the Web first lit up with the news that Oscar winner Benicio Del Toro had signed on to star in an adaptation of The Wolfman. Soon after, Mark Romanek, whose credits included the acclaimed video for Johnny Cash’s “Hurt,” signed on to direct, and all seemed peachy until his exit. The official reason — “creative differences” — set off a hail of rumors about prospective replacements. They included Brett Ratner (TwitchFilm opined that Rattner would be “an option as horrifying as the classic film itself”), An American Werewolf In London director John Landis, and the relatively unknown Joe Johnston, who ultimately landed the gig.

“While he’s not the worst choice (that might have been Brett Ratner),” wrote FirstShowing, “I’m still not sure that The [Wolfman] will turn out that great.” Most reactions were equally tepid. Slashfilm summed up the ambivalence: “While some are giving Johnston a hero starring credit in this story (yes, he was the guy who designed Boba Fett and won an FX oscar for Raiders of the Lost Ark ), am I the only one to remember that this is also the guy who made the horrendous third Jurassic Park film?” Universal then pushed back the movie’s release no fewer than three times, which always smacks of trouble. Cut to July 10 of this year, when bloggers picked up on the ominous-sounding news that the actors had been called back to London for reshoots, and things weren’t looking good for this once promising reboot.

Well, all the naysaying and name-calling is now a thing of the past, as the movie’s delightfully chilling trailer is out, and it’s a winner! The MTV Movies blog announced the news triumphantly: “The latest trailer brings the goods. It’s filled with all sorts of wolf-y goodness. I’m loving the evil vibe I get from these scenes; it actually feels like a real horror movie, not some overly stylized blockbuster a la Sleepy Hollow.” Cinematical was wildly positive on the trailer as well, reporting that, “The Wolfman looks stunning. You could never even glean from the trailer… that the production has had such a bumpy ride to fruition. The script, aided by Se7en screenwriter Andrew Kevin Walker, seems peppered with chewy bits of quotable goodness.” Cinemablend summed up The Wolfman the movie’s newfound buzz succinctly, “While Fox has sort of fumbled about and botched the release of the first trailer and early promotion for Avatar, Universal is quietly doing everything exactly right in promoting their new take on The Wolfman.”

Sure, you can find some negative takes, like this one over at FilmSchoolRejects, but the vast majority of reactions are of the sort that justify this post’s title. HorrorYearbook has even inspired a lively debate by asking its readers, “Avatar vs. Wolfman: Which Trailer is Better?” At present, Avatar has the edge, but the fact that The Wolfman is even part of the debate is more than enough for now.