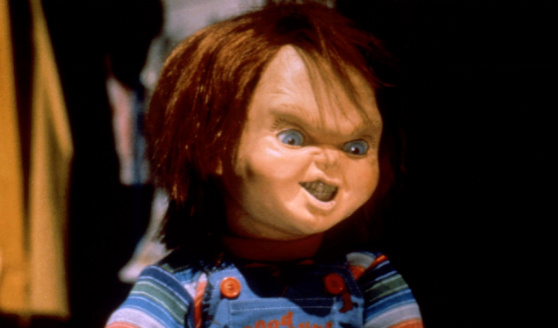 Like the art of crafting horror movie taglines, the art of naming sequels is demanding, under-appreciated and frequently a losing battle against the bottom line. It’s tough to make a sequel that isn’t just a rehash of the stuff people liked in the first movie, but it has to be downright demoralizing to see the result of your efforts rubber stamped “Homicidal Maniac III.” Sorry, dude. Sure, old-school naming conventions could be cheesy: “Son of the This,” “Revenge of the That,” “Curse of the Other Thing.” But sequel titles tell all kinds of tales, some about the plots and some about the behind-the-scenes movie business wrangling.

The Evil Dead series
Sam Raimi wanted to call the second Evil Dead (1982) sequel “The Medieval Dead.” That would have alerted fans to its crazy mix of 14th century deadites and 20th century Ash (complete with boomstick, chainsaw arm and ’88 Olds), and super fans to the fact that this was the movie Raimi wanted Evil Dead 2: Dead by Dawn (1987) to be. But Universal Pictures nixed the title, presumably because it smacked of history class; they settled for Army of Darkness, though they would no doubt have preferred “Evil Dead 3: Deader Than Ever,” or something equally lame.

The Friday the 13 series
Sean Cunningham sold the title Friday the 13th (1980)and then had to make a movie to go with it; little did he know it would become one of the most successful franchises in horror history. The Friday sequels quickly became known for using subtitles to let fans know what each installment offered, but the series’ unexpected unstopability produced some awkward moments in titling, like Friday the 13th: The Final Chapter (1984) and Jason Goes to Hell: The Final Friday (1993). As we all know, neither brought the saga of Jason Voorhees to a close. Nowhere near.

The Godzilla series
The sequels came thick and fast after the screaming international success of Godzilla, King of the Monsters (1954) and the series became one of the most successful movie franchise of all time. It also made “versus” part of the sequel lexicon. Sure, positioning Gojira, the walking nuclear nightmare, as the Hulk Hogan of monster smack downs was infantilizing. But the little kids who thrilled to Godzilla vs. Mothra (1964), Godzilla vs. the Smog Monster (1971), Godzilla vs. Mechagodzilla (1974) and countless others grew up to give us Freddy vs. Jason and Alien vs. Predator (2004), as well as the kid-friendly animated romp Monsters vs. Aliens (2009).

The …of the Dead and …Dead series
These two sequels to George Romero’s politically charged, low-budget shocker, Night of the Living Dead (1968), tell a tale of diverging artistic visions and cold, hard cash. Romero and co-writer George Russo had very different ideas about where to take the the sequels, and Romero charged ahead with Dawn of the Dead (1978), which combined gut-crunching and social satire to hugely successful effect. Meanwhile, Romero’s less socially conscious co-writer won the legal right to make his own sequels; with the proviso that the two filmmakers would use different title conventions to prevent confusion. Romero’s sequels use the “…of the Dead” structure, while the Russo strain is distinguished by its “Living Dead” titles. This produced the bizarre side-by-side 1985 release of Romero’s apocalyptic Day of the Dead and Russo’s tongue-in-cheek Return of the Living Dead, in which the zombies speak, mostly about eating brains. Russo also made Night of the Living Dead: The 30th Anniversary Edition (1999), for which he wrote and directed new segments that were edited into the original movie, including one featuring scream queen Debbie Rochon.

The Child’s Play series
Everyone who ever hated dolls loved Child’s Play (1988), in which a “Good Guy” toy is possessed by a serial killer, but Child’s Play 2 (1990) and Child’s Play 3 (1991) were as workmanlike as the titles suggest. When the movies got camp and funky, the title — Bride of Chucky (1998) and the vaguely smutty Seed of Chucky (2004) — signaled the sea change.