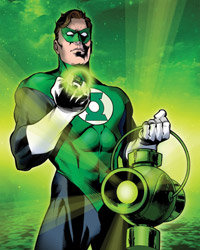 • Market Saw has an exclusive first look at Sigourney Weaver and her Avatar. It’s just Weaver as a younger, bluer and more neotonous alien.

• Chris Nolan is thinking of filming the third Batman movie entirely in IMAX.

• Will Ryan Reynolds’s Green Lantern movie be delayed by a strong Australian economy?

• A third X-Files movie may be on its way, but 20th Century Fox is eyeing the reboot look.

• Ninja Assassin director James McTeigue, who is rumored to be helming the next Superman movie, thinks Big Blue needs to be darker. Reason enough not to hire the man.

• SF Signal hosts another Mind Meld: The most intelligent films of science fiction. I was supposed to contribute to this one, but then got some sort of Venusian death flu.

• SciFi Wire reviews a new volume from Richard Matheson, collecting all his unfilmed screenplays, which includes his own script for I Am Legend!