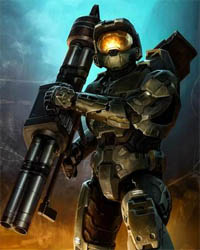 •Lost’s Juliet has confirmed her character will be returning in the sixth and final season. This doesn’t surprise me, because she’s so unexpectedly popular. I just hope it’s meatier than flashbacks.

• Peter Jackson and Neill Blomkamp had no luck bringing the Halo series to the big screen. Will Steven Spielberg fare any better?

• Spike Jonze’s Where the Wild Things Are continues to defy all odds by looking better and better.

• Spoiler alert for those who need it, but during a recent press junket Cameron Diaz totally spoiled The Box.

• Talking about their upcoming Cowboys vs. Aliens adaptation, screenwriters Roberto Orci and Alex Kurtzman literally use the word “literally” in almost every sentence.