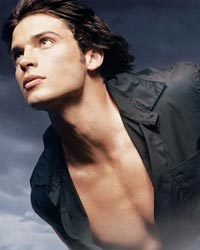 • Few are as obsessed as science fiction fans, which is why it’s no surprise what happens when they go bad.

• The reviews of Neill Blomkamp’s District 9 are coming out, and they seem to portray the movie as the scifi political commentary of the year.

• CW executives say this season might not be the last for Smallville. Strange, since Superboy’s career has lasted longer at this point than the mainstream Superman’s adventures.

• According to io9, the Battlestar Galactica television movie The Plan will finally explain Boomer’s inexplicable carnal coupling with Brother Cavil. Good: I don’t think Grace Park would ever sleep with that old man without a strong reason.

• The first Avatar alien is revealed… as usual, in action figure form.