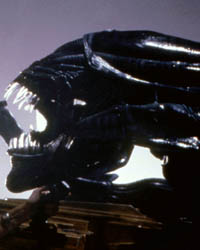 • Discworld scribe Terry Pratchett, who has Alzheimer’s, is now leading a campaign for the right to take his own life and die with dignity: “I intend, before the endgame looms, to die sitting in a chair in my own garden with a glass of brandy in my hand and Thomas Tallis on the iPod.”

• Sigourney Weaver clarifies that Ripley will not appear in the upcoming Ridley Scott-directed Alien prequel. Which is good, since the alternative wouldn’t make any sense.

• Meanwhile, the Den of Geek lists the top plot obstacles of an Alien prequel. The problem for me is that Alien Vs. Predator (as bad as it was) already perfectly sets up the first movie. Anything between those is superfluous.

• David Tennant plays coy about the possibilities of a Doctor Who movie.

• io9 lists four possible ways the United States could plausibly collapse in a scifi splendor in the next century.