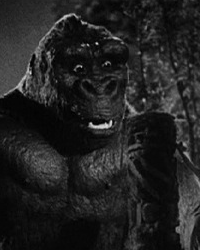 • Peter Jackson explains why he let Guillermo del Toro direct The Hobbit and sets a timetable for the next Tolkien movie.

• A new King Kong prequel is coming. Luckily, Peter Jackson — who utterly mangled the 2005 remake — is having nothing to do with it.

• With a show like Lost, even a list of who is appearing next season can be a spoiler. So consider yourself warned when I say the dead will rise! (Juliet and Daniel will both be back, thankfully).

• A wonderful gallery of Tron Legacy concept art is sure to whet your appetite for the upcoming sequel.

• io9 has seen the first episode of the upcoming V remake, and they absolutely love it.

• Hours of distraction from a galaxy far, far away: Distracted by Star Wars.