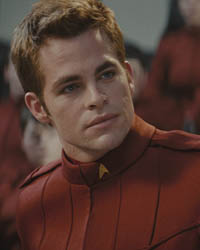 • It’s confirmed: John Simm is coming back to Doctor Who as The Master. Too bad he was the worst one to ever wear the cape.

• io9 gets some intriguing details from Roberto Orci and Alex Kurtzman: Star Trek 2 and Star Trek 3 may have a single, film-spanning plot.

• Who needs Virtuality when scientists have discovered a new engine technology that could shorten the voyage to Mars from six months to six weeks?

• Evidence is mounting that Lost season six will focus on an alternate timeline, which may drastically change Lost lore and piss off a lot of fans.

• Sarah Zettel addresses the intriguing topic of Harry Potter and the golden age of science fiction.

• The ultimate dad has built his son an Imperial Walker loft bed. Meanwhile, my dad handed me a carton of cigarettes on my tenth birthday and told me to make the ten packs last as birthday presents until I was 20.

• What if Greedo really shot first, and blew Han’s brains out?