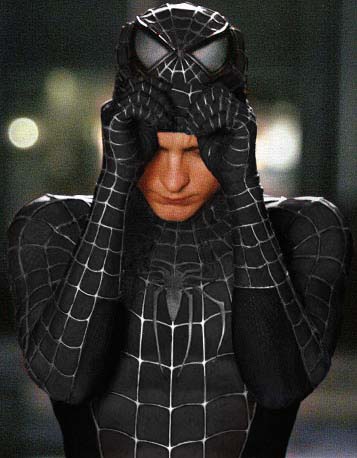 • It seems like only yesterday he first slung through the streets of Brooklyn, but Spider-Man has reached his 600th issue. Happy sexcentennial Spidey!

• Some more shots of Matt Smith as the 11th Doctor and what appears to be a brand new (but still police box) Tardis.

• James Cameron talks Avatar at this year’s Comic-Con, claiming it’s the movie that will define IMAX as the next evolution of cinema.

• My second favorite scifi blog on the net, SF Signal, celebrates its sixth birthday with a round-up of the year in scifi. 2009 has been a good one so far.

• It’s the end of the day, all the Stormtroopers are tired, but Vader still has it in him to drop some M.C. Hammer.

• Hide Your Arms posts a list of over 201 fashionable Star Wars t-shirts and hoodies to squeeze your torso into this coming year.