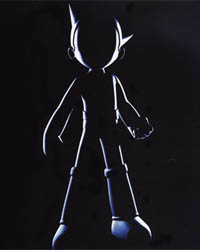 • Tor celebrates the 40th anniversary of the moon landing with a series of posts by scifi authors about how the event affected their lives.

• Stephen Chow might be leaving The Green Hornet, but Nicolas Cage, Hollywood’s biggest comic fan, could be coming on board as the villain.

• io9 shows an impressive sneak preview for next year’s CGI Astro Boy, as will be seen at this year’s San Diego Comic-Con.

• What would World War II look like as cyborg dieselpunk?