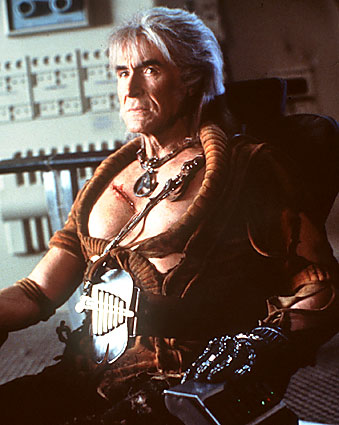 • Always a good and easy choice for a serious fantasy role, Sean Bean has been cast as Lord Eddard Stark in HBO’s upcoming thirteen-part adaptation of A Game of Thrones.

• Doctor Who‘s new costume has been revealed, and it’s terrible: A bow tie and a tweed jacket on a 19-year-old emo kid.

• The latest rumor has David Tennant lined up to play the role of young Bilbo Baggins in Guillermo del Toro’s upcoming adaptation of The Hobbit.

• Will J.J. Abrams push Shatner and Khan into Star Trek 2? More likely, he’s just being tactful towards fans’ incessant questions. But he’s still not saying “No.”

• Cinematical offers a rare glimpse of the Disney screen test for an early ’80s animated version of Where The Wild Things Are.