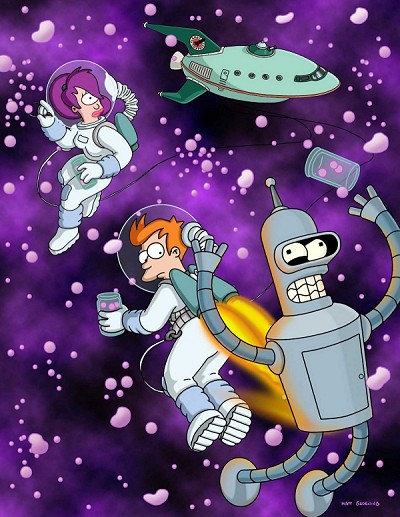 • Trench Reynolds explains why Adam West was the best Batman. He’s only right if you like your Batmen flabby and campy, though.

• World War Z gets a new screenwriter: J. Michael Straczynski of Babylon 5 is out, and Michael Carahan of The Kingdom is in.

• On Friday, Fox shocked everyone by announcing their intention to re-cast every major voice actor on Futurama for the upcoming Comedy Central episodes. There’s little chance of this happening, though: Fox has played similar hard ball with The Simpsons before.

• Late last week, Amazon removed thousands of copies of 984 from users’ devices without permission. Delicious Big Brother irony for the DRM age… Cory Doctorow must be quite beside himself.

• io9 ponders whether or not Lost will pull a Battlestar Galactica in its final season.

• The Brobadignian Bards sing a Jedi drinking song to get us through a less than sober weekend.